Feeling adventurous?
>> Use the the Synchronistic Video Randomizer <<

>> Open Up Playlist on Soundcloud <<

Quest Journals are an opportunity for Shifters to share and document their own unfolding spiritual journey as part of the collective shift in consciousness. Personal introspections, visions and intentions, local Shiftivism adventures, community updates, dream journals, personal creations, art, poetry, music, videos, and more. This is a space for us to practice gonzo journalism and creating conscious media.

Together our stories weave a bigger story.
Go forth and create your own mythos.

When contemplating the Ultimate Nature of Reality we must approach from the highest vision available to man. If you have traveled and contemplated thus far in this lifetime to catch sight of the Idea of the Good then this distinction will be easy to grasp. For those who haven’t we will try to make it clear.

There are many complicated questions that arise from this distinction, however we will try to take a simple approach so as not to lose those who are trying to follow. So let us begin with the most simple and obvious: Would you not agree that anything that is said to exist in this 3 dimensional time-space continuum has a body which has come into existence at some point in time. Take any “thing” for example such as this “computer” that I am typing on or “a car” or “a pen” or any other “thing” in this cosmos. We can even raise this question to the level of the “cosmos” itself. For we can take the cosmos as a whole, namely the one body which includes all other bodies and comes into being at some point in time. It is easier however to focus on something like a “computer.” It is easy for us to see that this computer came into being at some point in time and as such it has a beginning in time. And further, anything that has a beginning (particularly in time, within space, and with body), must of necessity, have a middle and an end. And so we can envision that this computer that I am typing on will not continue to exist through out all of time because it has a middle and an end. Further, because it has a beginning in time, a middle, and an end in time, it will not exist eternally.

This is the apprehension of “being” on the lower level in our hierarchically structured cosmos of which we are the whole and part of. When we consider our own body, we recognize that we were born(even though very few of us remember it or have tried to remember it), and that we have a middle point in time (although we don’t know exactly when that is), and our body will most certainly have an end which we call death: for death is the end of the body in this time-space continuum.

This lower representation of existence/being (specifically with a lower case letter as to distinguish it from the higher) is easy for us to grasp. We can pick any “thing” that we have encountered and reflect that it must have a had a beginning and by necessity it has a middle and an end, even if we were not present to witness it. Consider how obvious it is that a piece of chalk that was used when you were in grade school as you were growing up is clearly used up by now and use it as an example. Or any “thing” else that comes to the Mind that makes it easy for you to grasp the principle of the beginning, middle, and end, of a thing that “exists” in time. Now ask the Self, “If it had a beginning, middle, and end, did it have a true existence that was outside of time or did it simply exist for some moment in time?”

It is after this contemplation on the lower level of existence/being that we can then in an anagogic way (which is a fancy word for being led up to Ideas on the highest spiritual level) move our way upwards towards the contemplation of that which is not in time and does not have a beginning, middle, and end, in this time-space continuum. This is namely moving from the Ancient Greek word “einai” to the word “ousia.” I will explain these two words more in depth in a moment with respect to Ancient Greek but at the moment we can just say it in English–it is here at this point that we pivot from “existence” with a lower case “e” to Existence with a capital “E” or we can also use the word “being” and say we are moving from “being” with a lower case “b” to “Being” with a capital “B.” But what does all this language about capital letters exactly point to? Is it semantics? Am I playing some word game? No. It is fundamentally Essential to Understand and Know so let us make the point clear.

So let us move at this point to Being/Ousia: it is different from that which is temporal, and not only different but quite the opposite, in that it “is that which always is.” As a Platonist, we say Ousia (constituted of the Unified whole of the Intelligible Vital Reality) is apprehended as the Most Brilliant Light of Being and experienced as the Perfection of Beauty Itself; but even though the experience itself has a beginning, middle, and end, that which is the object of the experience is Eternally Existent, namely Ousia: which is exactly what the word points to and signifies. In that experience you grasp the Nature of Reality and Truth and as such gain an Idea of the Goodwhich compels the Soul to contemplate and turn back upon itself. It is imperative that we pursue this Essence/Being with the goal of Truth itself. It is this experience of Divine Luminosity/Perfection of Beauty that allows the Self to turn upon the Self to Know Thy Self. This very word, Ousia, which is rightly translated as Being/Essence is what Truth springs forth from and is reliant on: for that which can be said about that which always is, can rightly be called the Truth.

So, we have an everyday physical sense of the word, and a higher metaphysical level of the word, and that is the way that Plato and all Platonic Metaphysicians work. In addition, that is how the Ultimate Nature of Reality functions: always producing the lower through the higher, analogically.

The Ultimate Nature of Reality functions through anagogic analogy. In anagogic analogies, the higher unfolds the lower, and as such we can say that OUSIA is to that which ALWAYS IS, just as einai is to that which is in time/space. Further it is only through the higher function of Ousia that einai can come to be. It is as if einai is the shadow of Ousia: this clearly points at a model to copy relationship in which the lower is emulating the higher.  It is because of this insight that Plato called Time the moving image of Eternity (Timeaus).

Connect with me further at: This reply was deleted.

You need to be a member of Paradigm Shift Central to add comments!

The universe has drawn a synchronistic video for you.

Be sure to Support and Subscribe to the authors you enjoy!

Be a part of the team and contribute to the unfolding real world story.

Be a part of the shift to help support
and secure the future of conscious media!

Contribute to the evolution of the
Paradigm Shift Central community!

Contribute a Monthly Micro Donation to the Team PatreonPotent game tools to help you assist and accelerate
the shift in consciousness!
Play the game where ever you are!
Hack the Matrix with Love! OR
You can donate without asking for a kit using the options below for Single Donations, Monthly Donations, and Yearly Donations.

Thank you for your support!

*Note: For some mobile devices - click and hold to launch videos.* 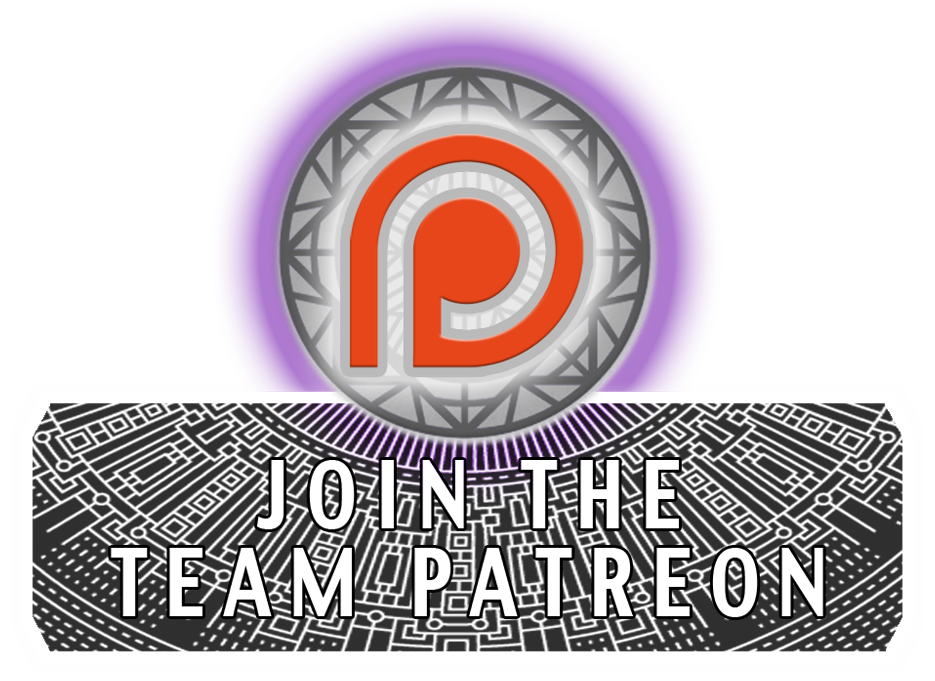 ∞ Open Your Eyes to Reclaim Your Prize ∞